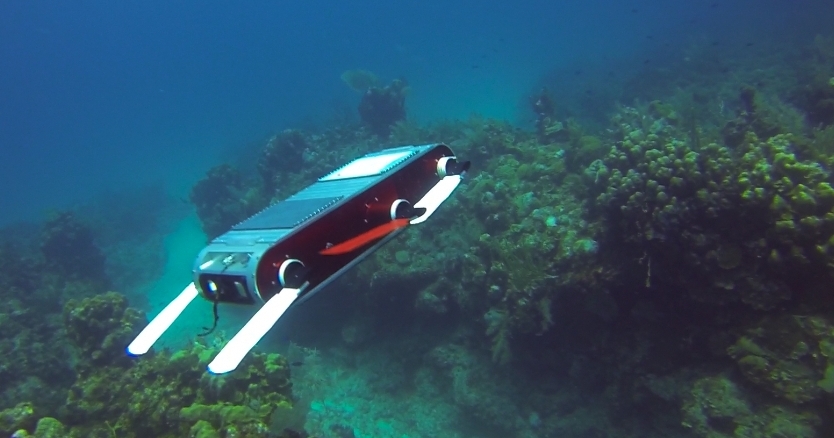 In this project we have developed a method for vision-based place recognition in environments with a high content of similar features and that are prone to variations in illumination[1]. Particularly, we have focused on underwater environments[2]. The high similarity of features makes difficult the disambiguation between two different places. This method relies on using the Bag-of-Words (BoW) approach to derive an image descriptor from a set of relevant regions, which are extracted using a visual attention algorithm. We have named our approach Bag of Relevant Regions (BoRR). The descriptor of each relevant region is built by using a 2D histogram of the chromatic channels of the CIE-Lab color space. 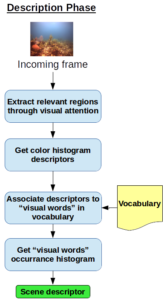 The proposed approach has two phases:

We have compared our method against a Bag-of-Words with SURF descriptors and FAB-MAP (a state-of-the-art method) on images taken from underwater environments. Our proposed approach has obtained better results in most of the cases.

[1] A. Maldonado-Ramírez and L. A. Torres-Méndez, “A Bag of Relevant Regions for Visual Place Recognition in Challenging Environments,” International Conference on Pattern Recognition, Cancún, 2016.

[2] A. Maldonado-Ramírez and L. A. Torres-Méndez, “A Bag of Relevant Regions Model for Visual Place Recognition in Coral Reefs,” 2016 MTS/IEEE OCEANS, Monterey, 2016.